On a cool, crisp, Mid-October Saturday morning the 2018 freshman football team had just finished their final game of their season against Brownsburg.  Before the teams shook hands and headed to their respected locker rooms, HSE still had one very important play to run.  It was time for Nolan Loggins to have his moment. Loggins who was born with a birth defect, lines up in “I”formation. Loggins is handed the ball and scores the final touchdown HSE would have for the year.   Both teams run into the endzone and celebrate the moment with Loggins.  Coach Jeff Lantz, the freshman team head coach, is smiling and remembering the day he and the rest of the team met Loggins.

“Nolan showed up to watch one of our practices before our first game; I didn’t think much of it at first” said Lantz. “Then Nolan came back the next day and I introduced myself to him. He decided that day he wanted to join the team, he was with us every day after that and immediately the kids embraced him.”

Nolan accompanied by his mom Cheryl at practice.

Loggins not only became part of the team for the 2018 season but for the 2019 season as well. This year Loggins started in the summer when the rest of the team started. Once again, the team embraced him.  Loggins now in year two has expanded his curiosity and love for the game, which is what made him come out in the first place.

“My curiosity for the game of football made me come out to join the team” said Loggins.  “I love touchdowns and interceptions; they are my favorite part of the game.” 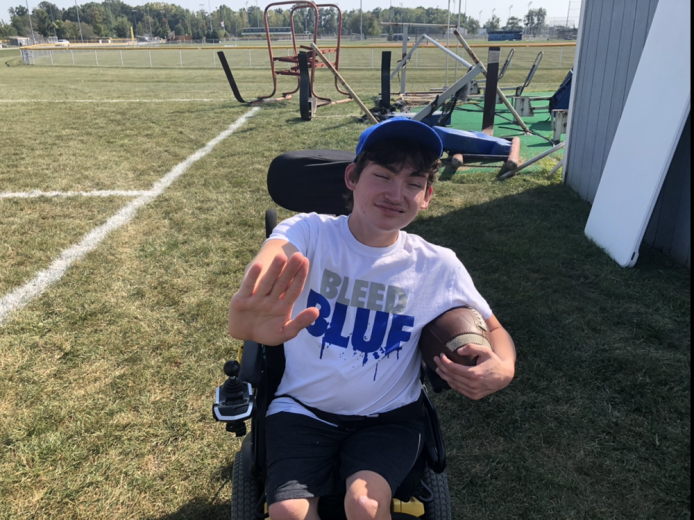 Loggins love for Touchdowns and interceptions doesn’t compare to the love coach Lantz and both the 2018 and 2019 teams have for him.  Loggins has been embraced by his teammates and coaches, they all have loved having him there. 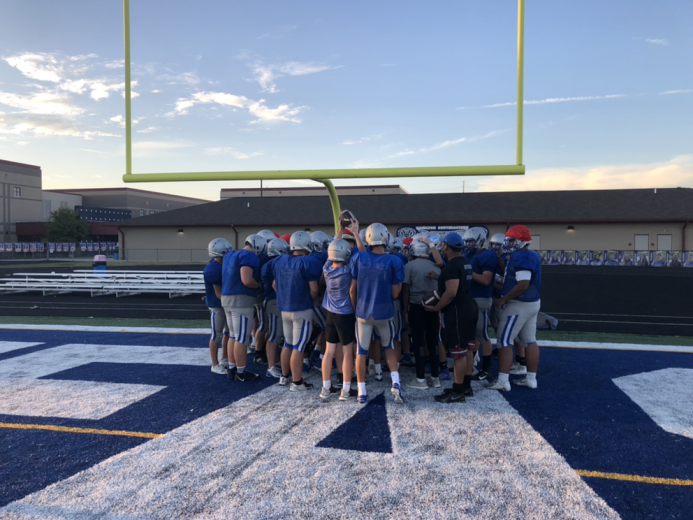 Loggins, surrounded by his teammates, breaks the team down after scoring a touchdown.

“Nolan means a lot to the team and myself” said Lantz. “He is a constant reminder that we should be thankful for the gifts we’ve been given.  When you interact with Nolan on a daily basis most days you don’t realize he has any limitations. He “runs” sprints with us, dresses for games, and eats team meals.  When you talk to Nolan you quickly realize that he has the same desires, emotions, and goals we all have”.

Loggins has has inspired a coaching staff and now two different classes of Freshman.  He is going to inspire more freshman in the future as he plans to continue to play football.  Loggins has his own play called “board right”. It’s the play the team practices at the end of practice on Thursdays and the play he scored his touchdown on last year.  Every week Loggins gets to achieve one of his two favorite parts of the game, scoring Touchdowns.  He has many more touchdowns in his future as he expands his curiosity of football while making an impact on others around him. Story by Tyler Groves