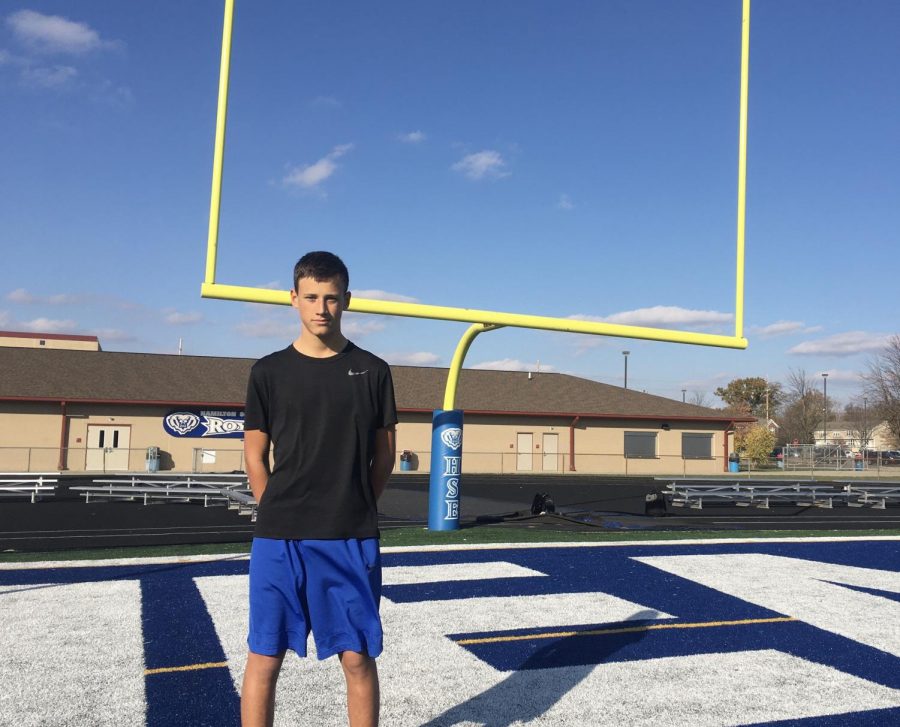 Cleats digging into the turf, freshman Elijah Slibeck props up the football with the kicking stand, wiping sweat from his eyes. Slibeck is the starting kicker on the freshman football team and the backup kicker for the varsity team, a feat that is very impressive as a freshman. He started with flag football in first grade and then transitioned to tackle football in third grade, trying out a lot of different positions to see what the best fit would be for him. In the end, he chose kicker. 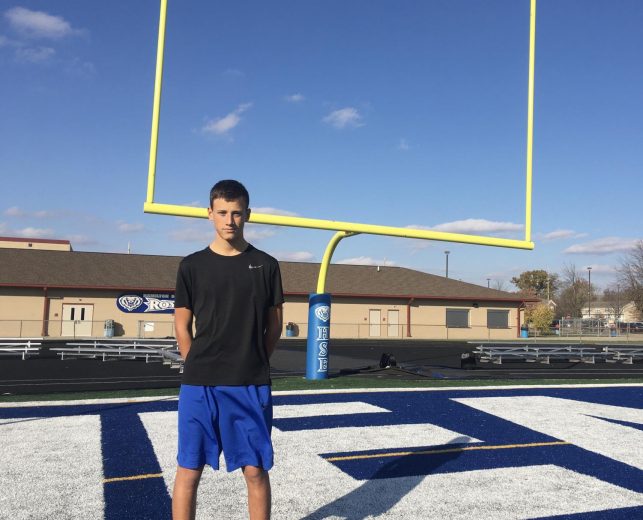 “Kicking came easier for me than any of the other positions because I played soccer,” Slibeck said.

Playing up on the varsity team is a big accomplishment for Slibeck. Most kids his age only play for the freshman football team, but the varsity coaches called him up and he dresses on Friday nights at the varsity games. Also, this is a big school with kids coming from multiple junior high schools which means that there is more competition, and that’s something Slibeck had to get used to.

“Playing at a bigger school with a lot more people is a lot harder than middle school because there is a lot more competition,” Slibeck said.

Playing football is something that Slibeck really enjoys. This year the freshman football team had a terrific season finishing 9-0, going undefeated for the first time since 1994. It was a huge accomplishment that they are very proud of and they should be.

“He is a great friend and teammate that is always happy and we can rely on him when the game is in his hands,” said freshman teammate Cooper Short.

He has fun being able to go to practice after school and escape from the other stressful elements of being a teenager in high school. When asked about it, Slibeck said that he hopes to play for the rest of high school and then he wants to play in college and he’ll see how it goes from there.