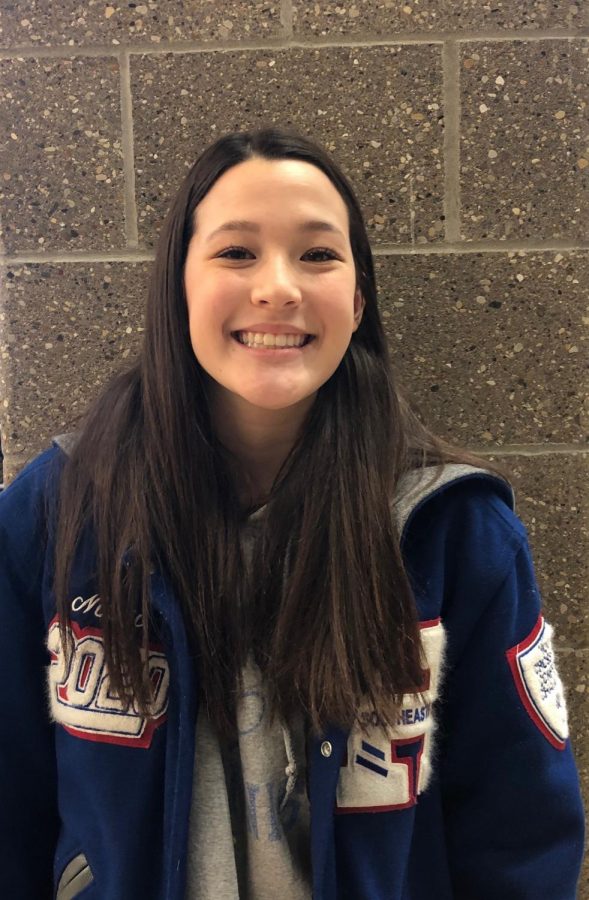 Her heart races as she prepares to serve to the red uniforms representing the Fishers tigers.  Senior Nikki Hite bounces the green felt ball on the white line as she sets her feet.  Each time the ball hits the ground her heart pumps at equal volume.  She releases the ball into the air and starts her swing.  The nerves of the Mudsock matchup are unlike any nerves most Hamilton Southeastern athletes have felt before.  However, Nikki has felt this Mudsock pressure off the tennis court as well.  This time Hite was not in her blue tennis uniform, but a blue blouse covered by her black blazer standing atop the auditorium stage.

“We the People is AP government as a course, but then you compete outside of school.  You are broken up into units based on certain time periods in American History,” says Hite, “You then answer questions (about these units) during competition.” 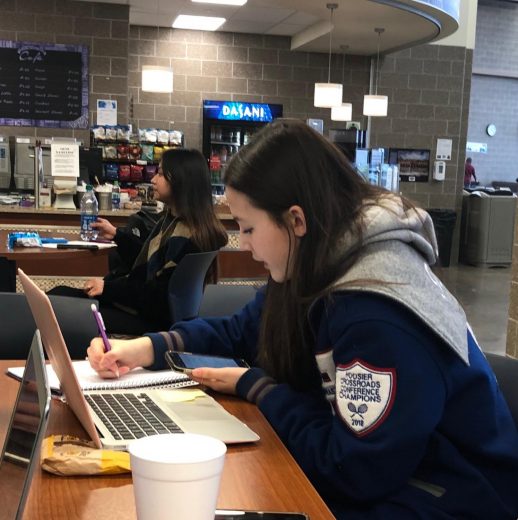 Hite is the only varsity athlete who is also a member of the HSE We the People team.

Janet Chandler, sponsor of We the People, says, “I think it’s always important (for athletes to participate in academic based clubs) because athletes are people who are so used to budgeting their time and it can allow athletes to be a much more well-rounded person. Participating in other organizations such as We the People can show future coaches and employers that you are not a one show pony.”

“My dream job is to either be a lawyer or a judge mainly because I want to help people,” Hite states, “I think We the People is a good first step to pursuing that career.”

Hite’s drive academically is what sets her apart from others.  She chooses not only to take the highest-level courses

offered here at Hamilton Southeastern, but to also travel to other schools and display her knowledge in competition.  However, she still has time to train and prepare to be a varsity athlete.

“We the People was in the fall and girls’ tennis doesn’t really start full time until the Spring, so I was able to balance it pretty well,” explains Hite, “For the most part We the People is on Sunday afternoons and Sunday nights, while tennis is throughout the week.”

Hite is an example of how athletes can and should participate in academic based clubs.  Although Hite is very passionate about tennis and her success in the coming season, she also is beginning to prepare for her future.  She understands the balance between athletics and academics and is displaying her talents in each at a very high level.