As winter rolls in, our winter sport athletes here at HSE are hard at work preparing for their seasons. Among those battling through Covid protocols to get ready are the Royals’ wrestlers. Coach Brobst and company are excited to finally officially hit the mats and are not waiting around. 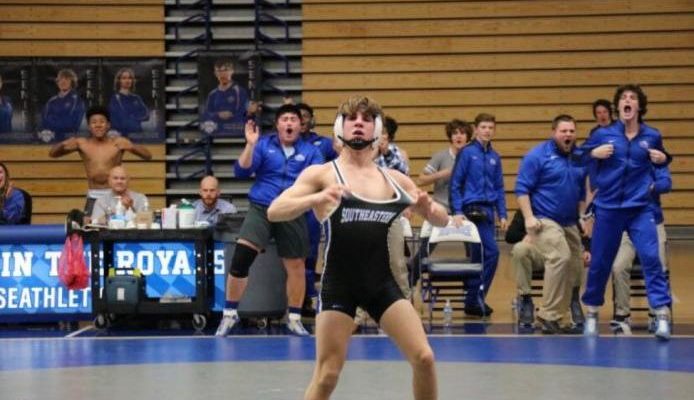 I spent some time with senior wrestler Jake Lemieux the other day. The four-year starter has qualified for semi-state in each of the past 3 seasons and something tells me he has his eye on a deeper run this year. One of the first questions I asked him was what he was most excited for. His response: “Honestly, just gett

ing to wrestle. Considering it has been such a big question at the start of the year, I just want the opportunity to wrestle one more time around.” Lemieux noted that in years past practices started in early June, but this year they only finally started practicing in late August.

With as weird of a year as we have had, Brobst said that this season feels like a totally new year. Uncertainty surrounds every aspect of life and, unfortunately, HSE sports are not immune. Some would say this is especially true for wrestling since athletes are in such close contact.

However, Coach Brobst made an excellent point when I brought this up, stating “In football and basketball there’s 10 or 22 people all converging in one spot. In wrestling there’s only 2. So, is it more likely you’ll get it if you’re wrestling someone who has Covid? Yes, I suppose it is, but athletes are in frequent contact with a much smaller amounts of opponents.”

Coach Brobst also made it clear that the team is making some necessary adjustments to ensure the safety of their athletes and staff. For example, players are assigned partners in practice that do not change. This way, players are only in close 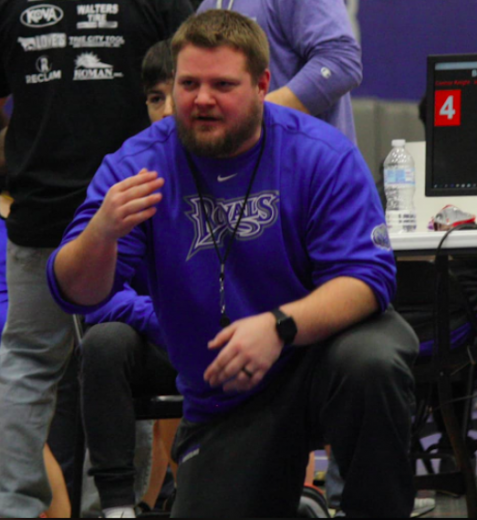 contact with one teammate at all times. Also, the Royals’ schedule this year is heavy on dual meets. Meaning that only 2 teams will compete rather than the 3 or more that would sometimes compete in tournaments in past years.

Despite the challenges that Covid presents, Coach Brobst is excited to get competing again. HSE lost lots of talent in their 2020 senior class, and will need to rely on their younger guys to step up into big roles. When I sat down to talk to coach Brobst ahead of his coach spotlight he said seeing players make big leaps between seasons was one of his favorite parts about coaching.

During our next meeting ahead of the wrestling season preview, I asked him what players he thought had the chance to make that kind of leap this year. “It’s hard to say exactly who until we start having meets, but a couple that have jumped off the page so far in practice are a couple of our upperclassman in Ryan Cast, Jacob Schneider, and Devin Dudley. They’ve all made improvements both in the weight room and their technique and are already looking better than last year.” Brobst believes big things are to come of those three, Lemieux, and the rest of the Royals

t to wait around on JV as freshman and sophomores. They want to get on varsity right now.” He added that HSE has been the beneficiary of three great wrestling classes in a row. Behind them, the future looks bright for this season and beyond.

“I’m looking forward to how surprising the Royals will be to neighboring schools. I think a lot of people see us losing the talent we had in the senior class last year and think we’re down a little bit, maybe ripe for a couple upsets. But I think we’re going to be a lot better than people think.”

He went on to say that the team has 6 or 7 wrestle-offs coming up to determine who will crack the starting lineup. In years past, it was much more obvious who was going to be starting in week one. “There are several kids coming in who don’t wan

Regardless, people across the state are counting HSE wrestling out. Brobst said that if you surveyed Indiana, most don’t expect HSE to send anyone to state. If this is true the rest of the state better watch out, because if there’s one thing I’ve learned after four years at HSE, it’s that it’s never wise to make our wrestlers angry.