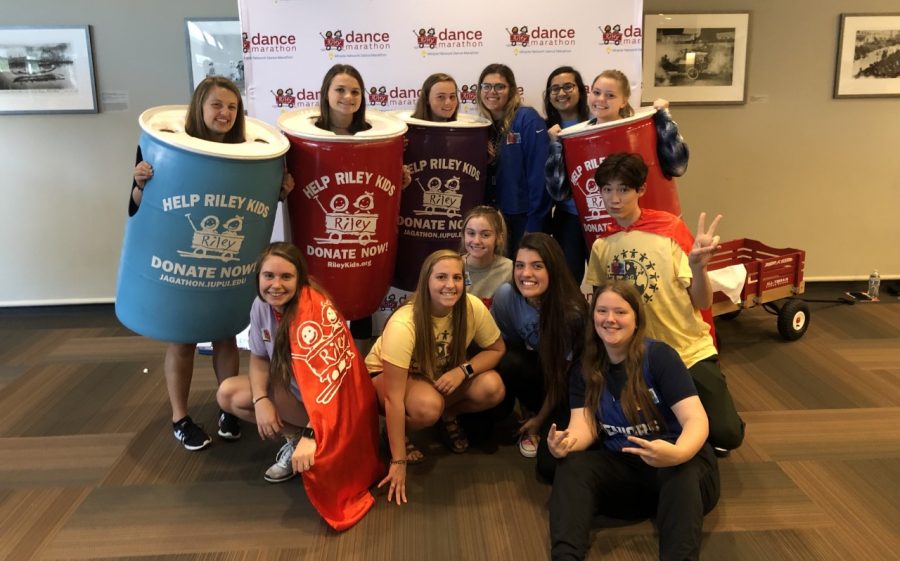 One of HSE High School’s largest and most well known clubs, Riley Dance Marathon, contributes thousands of dollars to help sick children in need in a typical year. Although large in-person fundraisers have not been possible, and even the Dance Marathon potentially being cancelled due to the Coronavirus outbreak, the club continues to take the situation in stride. Last year the club raised a total of $47,00 for the kids. While this year there has been no set goal due to Covid-19, the club is making efforts to raise what they possibly can with the circumstances surrounding the situation.

To combat the reduction of opportunities for fundraisers, most of the club’s fundraising focus has been directed online. In the past, individuals have had online accounts for fundraising, but much more emphasis has been placed on this form of fundraising this year. Senior Co-President Tatum Garner said, ” We are trying to do the same stuff we would usually do, but virtually. Teachers participated in No-Shave November virtually, which was amazing!”

Not only have online fundraisers been beneficial, but the club has also participated in multiple percentage nights. Percentage nights are useful as a designated portion of the profit made from a specific night is donated to the club. These nights have also been extremely useful to the club as their is no limit on the amount that they can have. Garner said, “They [percentage nights] are nice because if people feel comfortable going, they can! If not, they can still get carry out or drive through and participate!”

One of the largest events each year for the club is the Dance Marathon, typically held in the spring. Hundreds of students participate to dance for hours while raising money for sick children in need. Obviously, in a time of great uncertainty, and with social distancing and restrictions on group gatherings, there has been concerns on whether or not this event will be held. When asked on whether the club had plans for the event, Gardner responded, “We are currently waiting to see when vaccines come out, when we will be back in school, and what will be allowed under state guidelines. No matter what, we will have something at the end of March, we are just unsure how it will look yet!”

Expect to see more from this club as the spring semester begins. Although there will not be the typical pep sessions, Miracle Minute, or Mr. Riley to raise money, the club has found ways to make up for these losses, and is remaining positive. With strong Co-Presidents Heidi Schlabach and Tatum Garner, the club is in good hands to continue its tradition of raising money “for the kids”.