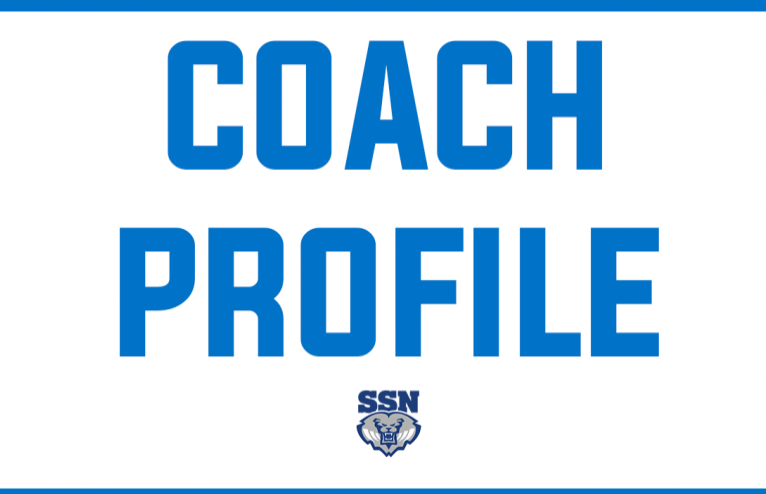 HSE’s new swimming coach Christian Hanselmann grew up in Indianapolis with his three brothers and has been swimming since he was a couple months old. He went to Mount Vernon High School in Fortville IN and swam for them for 4 years. He went to state his junior and senior year of his high school career. He continued his swimming career as a walk on at Brigham Young university for three years and was a letterman on the swim team two of those years.

Ever since high school he knew he wanted to be a swim coach and after graduating from college he started his coaching journey. Through his entire career one of his biggest coaching inspirations has been Tom Schafer, his old high school swimming coach.

Chris’s first encounter with the HSE program and pool was between his senior of high school and his freshman year of college when Mt.Vernon’s pool unexpectedly drained and he had to use the HSE pool. The following summer Andy Peterson the now retired coach of the royal’s swim team and club team gave him his first job as a coach for the Southeastern Swim Club. Ever since then HSE has always been his home club and although it is a bittersweet return due to Andy Peterson retiring after 29 years of coaching, Chris jumped at the chance to come back and coach at HSE again.

When asked what makes a good swimmer Chris said the perfect swimmer would be focused athletic and driven but most of all driven because. “Swimming is a sport that requires a lot of time and a lot of energy and its hard work you have to be driven to be good at it.”

Chris is also looking forward to getting to know all the swimmers this year and to work with them more and see them progress. He is also coaching southeastern swim club and has gotten to know some of the swimmers over the summer. In Chris’s opinion one of the most important things Chris does as a head coach is communicate. It doesn’t matter if its parents or swimmers he says, “I believe that communication goes a long way to help people feel like they belong on the team.”

When Chris isn’t coaching he is out running, He has ran a few half marathons, marathons and most recently he managed to complete a 50k just last year. Besides running in his free time Chris also loves to spend time with his wife and his three kids and he enjoys swimming with them too.