Back for Another Round 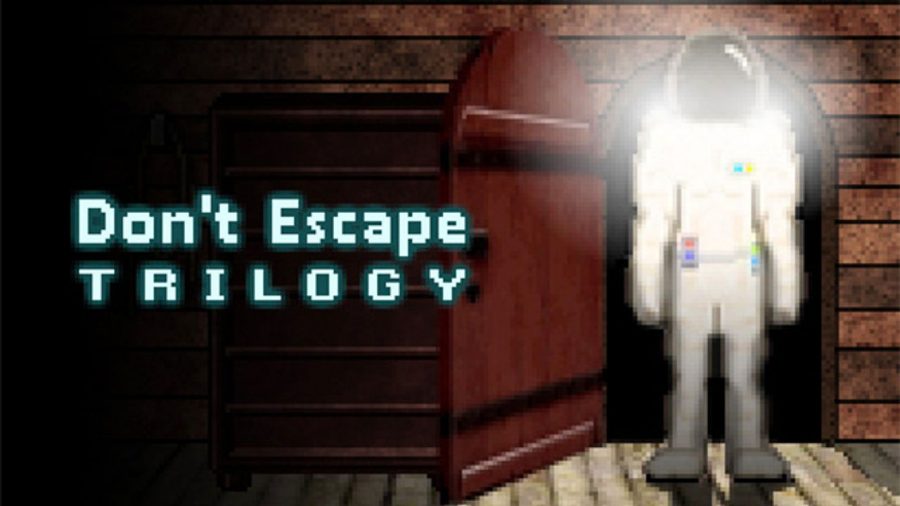 Howdy! I’m back! Another school year has come and that means I get to continue supporting indie developers and showing all of you to video games you would never see otherwise. The show goes on! And we get to pick up right from where we left off, with our good friend Scriptwelder. You see, the Deep Sleep Trilogy isn’t the only series of games under this man’s belt. He has also developed a, dare I say, better trilogy of games all called Don’t Escape (If you haven’t read my last story on Deep Sleep, you should and then play the games. Links in the comments below). Scriptwelder has created some of the best puzzle games I have yet to play, easily passing AAA titles like Portal and Human Fall Flat. These games combine intense atmosphere, innovative puzzle design, and new stories and concepts in a way not seen in other titles of the genre. But that’s enough flattery, let’s get into the games themselves and show you what I mean.

The Don’t Escape games follow the same premise as the Deep Sleep series, although it’s lighter on the lore for the first two games. It’s still a point-and-click adventure puzzle game, but the unique aspect is the goal. As most people know, a popular theme for puzzle games is escape, especially in those annoying mobile ads that somehow don’t get brought down for false advertising. That does not apply here. In these games, the objective is not to escape, but actually do the opposite and avoid escape. All of the games have different reasons for the reversal, like the 2nd game where you prepare your base for a zombie invasion Home Alone style. The puzzle aspect is well implemented, making solutions not easy to find but also not blindly unintuitive.  These games will take multiple tries to figure out what actions affect which decisions and outcomes, and what the correct course of action should be. That’s another theme you get to see develop as you progress through these games, you can get multiple endings depending on how you prepare and what you do to prepare. The 3rd game is a shining example, as you trapped on a spaceship alone and you are quickly running out of O2. There are four possible endings to the game, all dependent on your actions, decisions, and time management. Every one of the endings has different consequences, and that just adds replayability to an already fun experience.

One of the most magical things in playing games like these is the privilege to see how the developer get better at programming and adding new concepts to their games as they progress through their career. Studios like Activision spit out the same polished product every year (Call of Duty); their only limit being the technology at the time of development. For small indie games like these, you can see Scriptwelder get better at telling stories and adding more complex puzzles to his games. If you compare the 1st Don’t Escape to the 3rd, then you’ll see this evolve from basic environmental interactions to actual puzzle-solving and complex mechanics like the security camera puzzles. There are some issues with these games, especially when it comes to finding important items that you absolutely need to get the best ending, but no game is perfect. The flaws actually add to the joy of the games, you can tell that another person put their soul and time into creating a game. There’s a feeling of connection you can feel with the developer because you can see mistakes and errors you wouldn’t see in major titles. Games put out by AAA developers are almost always perfect, save for a few technical glitches and bugs. Here though, you can see that Scriptwelder alone put his hard work and time into the game, and the bugs become features you won’t see in other games.

These games do have a few puzzles in them that will stump you, but I have a solution for you as I will be uploading my own walkthroughs for all of the games. When you get stuck, you can refer to the separate guide that will be in the comments for this story for assistance. Let’s finish this up, though. The Don’t Escape Trilogy is a shining example of well-made puzzle games that have unique premises and fun concepts. It is absolutely worth the time you would spend making your way through the puzzle, and all three games come together in a neat bundle that costs $5. That is a bargain that you wouldn’t see for games half as good as these, and you get to support Scriptwelder in his future projects (like the one he’s been teasing us about for the last few months). A link to the Steam page will also be in the comments below, and this is Andrew Carlin signing off.