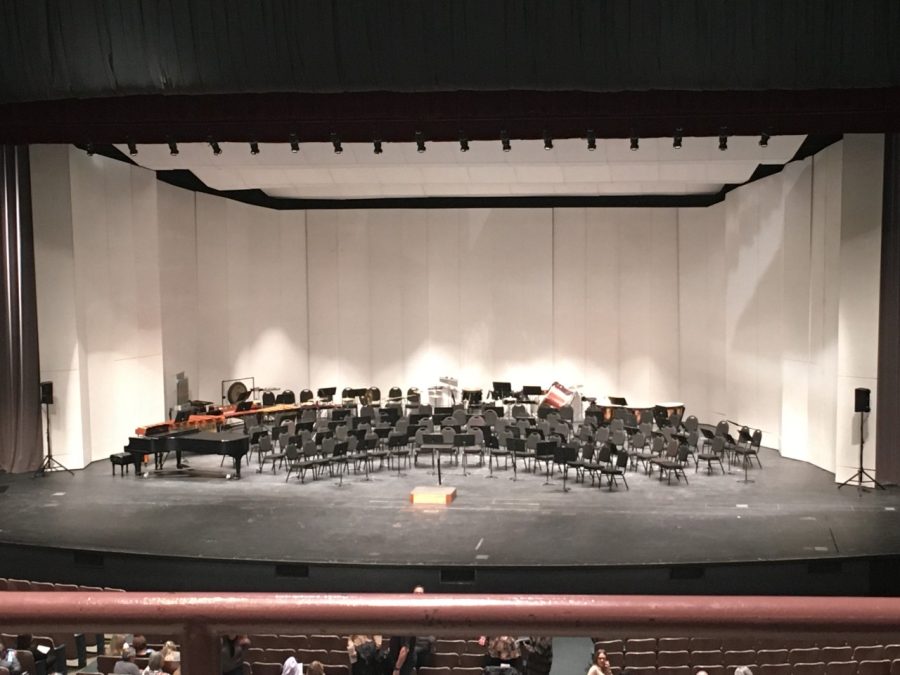 Indiana Bandmasters Association All-State Band is a big deal for high school musicians across the state. While dozens of students from a certain school may audition, only a few are accepted into the two ensembles. From our school, six students were accepted: junior Lauren Hubbard, sophomore Abigayle Dunnuck, freshman Julia Sundberg, sophomore Sara Rhodes, senior Kyle Conaway, and sophomore Daniel Shimizu. Hubbard, Dunnuck and Sundberg were accepted into the Honor Band, with the first two being placed as first chair instrumentalists in their section. Acceptance into either the Honor All-State Band or the All-State Band can be the crowning achievement of a high school musician. Students received their acceptance into the ensembles approximately a month ago and have been hard at work practicing and perfecting the collegiate-level pieces ever since.

“The music was challenging, but with enough time and practice, I felt prepared for the concert,” sophomore Daniel Shimizu said. “Anything I was worried about got better through rehearsals.”

Students in the ensembles had rehearsals on March 11, 12, and 13, with the final performance concert on Sunday night at Purdue University. Since the ensembles are comprised of musicians from all over the state, all coming together to create music as a group, it can often be disconcerting for some musicians who aren’t used to playing in such large ensembles. However, due to the success of the concert, it is safe to assume that everyone involved adjusted well to their environments to create a wonderful musical performance. Both ensembles performed spectacularly, a testament to their hours of hard work.

“I thought we got what we deserved for the work that we put in,” Shimizu said. “It was really rewarding to work so hard and get something so entirely unique out of it. It felt great.”

Congrats to all the students who performed as a part of the Honor and Regular All-State Bands, as it is a tremendous honor to do so.  We are excited to see where their journey as musicians takes them next and encourage students who are eager to audition for this event next year. Story by Nicole Morris.