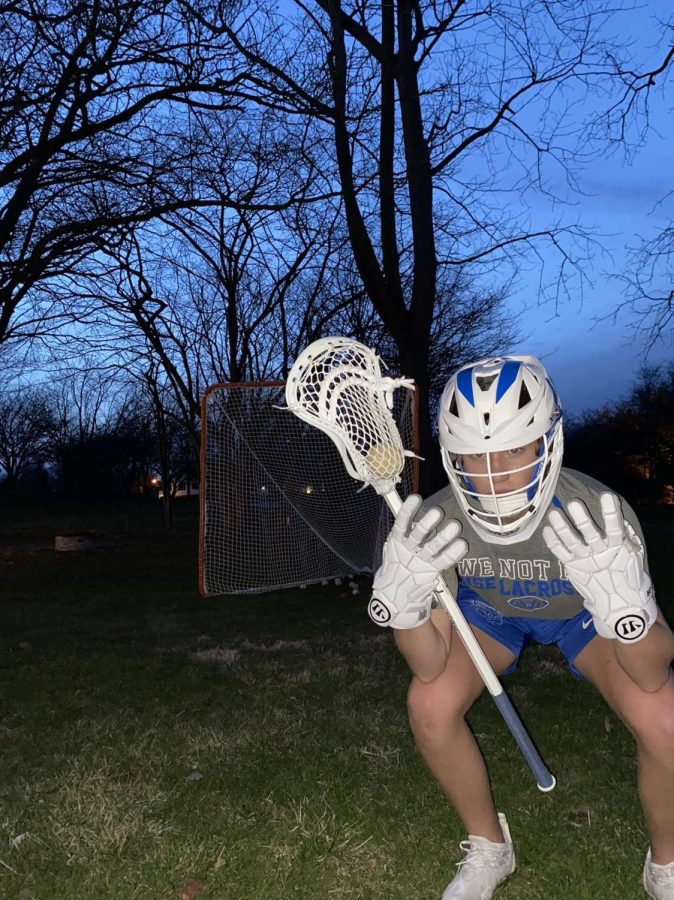 Lacrosse is a sport that most people play for a long time. If you look at the HSE varsity Lacrosse team most of the guys on the team have played lacrosse for at least 5 years. That’s not the case for Sophomore Robby Tully. Robby picked up a lacrosse stick in the spring of 2021 just one year ago. He decided to try out for the lacrosse team this year. He works very hard to be where he is now. I got a chance to sit down with robby today and get his thoughts on what his journey has been like.

Q: Why did you decide to play lacrosse?

A: I wanted to play lacrosse, because I saw a bunch of my friends playing and thought I would try it out. I really enjoyed playing the moment I picked up the stick and shot a ball. I decided I wanted to try and play more and more.

Q: What made you want to try out for the team?

A: I wanted to try out, because there were a lot of people I knew trying out. I remember talking to Coach Beesly, and he told me he would love it if I tried out. So, I did exactly that and tried out. I was happy to find out I made it.

Q: What has this season been like for you?

A: Going into my first season playing school lacrosse I didn’t really know what to expect. I have made some really good friends, over the course of the season. I am working on my skill every day to hopefully make varsity next year. I am very determined and working as hard as can to become the best player I can be. It is not a competition with other people, but I am competing with myself to become a better player every single day.

Q: What do you want the team to accomplish this year?

A: I want us to just create a good bond and good friendships, that last a long time. I also want to see Varsity win a state championship so good luck to them. But for the JV team I want us to get better so a lot of us guys can make varsity next year and keep our friendships going.