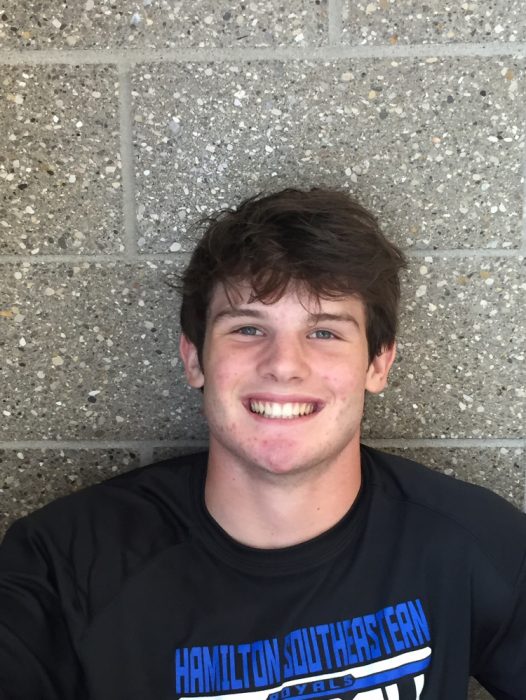 Just minutes ago, he thought his season was over. He wasn’t planning on going somewhere. Now he’s jumping for joy. As he’s calling his dad in the middle of Lafayette under the floodlights, he realized where he was heading. Chris Stein was going to State.

Stein gave Track a chance last year as a junior. He already had two back surgeries as a sophomore. But that didn’t stop his drive to get better for other sports.

“I chose to do track because I wanted to get faster for other sports, mainly football,” Stein said. “I also had a bunch of friends doing track, so that made the decision easier.” 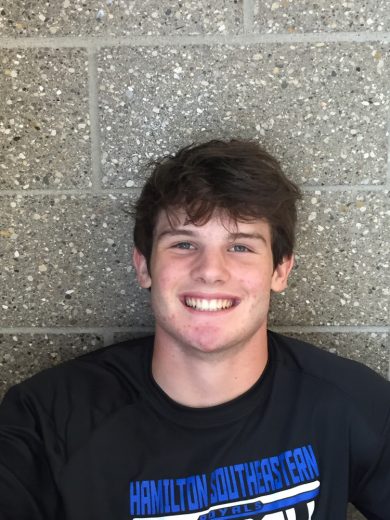 While Stein knew that throughout the season he would get faster, he knew that he had to work towards becoming faster for football. That work ethic didn’t go unnoticed, as the coaches could tell in an instant he wasn’t here to mess around.

“I could tell he was bound to improve based on how hard he worked each day,” Boys Track and Field Coach Brian Akialis said. “When you see a kid with his work ethic, you know he has the potential to be something special.” 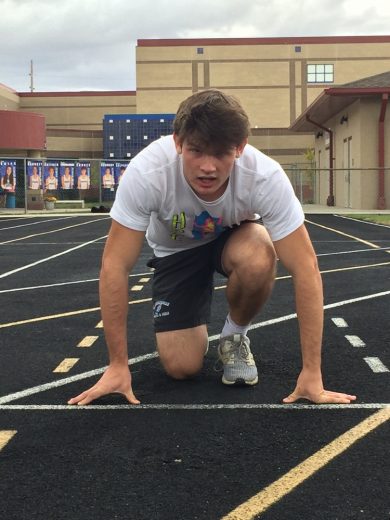 It was more than just Coach Akialis who could see the work ethic each day in practice. His teammates noticed how he worked day in, day out to try to get faster in all aspects.

“His attitude pushes everyone else on the 4×400 team,” teammate Clayton Toner said. “He always brings a positive personality and energy to get better each day.”

Stein has one goal for the next track season. “I want to go back to State and win it all.”