The black and white soccer ball crosses the white spray-painted line on the green soccer field. Captain Layla Brown celebrated with her teammates, and the parents in the stands cheered after her goal. Brown is imagining what this is going to be like as she heads to Samford University in Birmingham, AL, next year to play college soccer. She knows that how she performs now will affect how she is viewed when she arrives at Samford.

“Everyone has high standards on how I play,” senior Brown said. “The pressure of knowing that and to get to those standards is hard.” 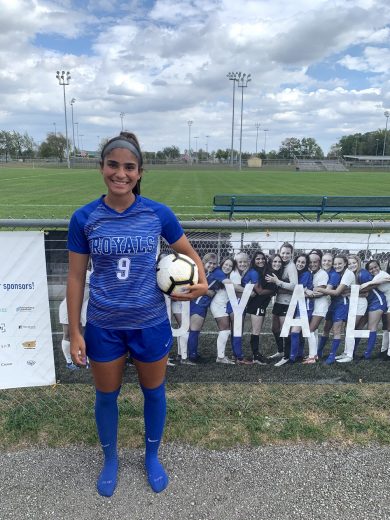 As a captain, Brown has helped lead the Royals to one of the best girls soccer records in the country, which is no small feat. Brown doesn’t take all the credit, though.

“We are a very close team,” Brown said. “We are very positive on the field, which helps us a lot. We are very competitive.”

Brown and her teammate Izzie Wallace, who has committed to play college soccer at Xavier University in Cincinnati, Ohio, push each other and their teammates to be the best players they can be, and that begins at team practices. 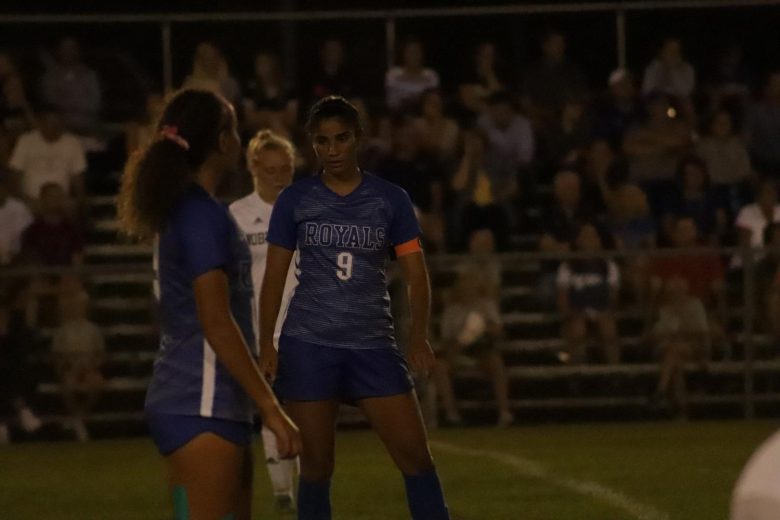 Wallace doesn’t take all the credit for her success. She has Brown to credit for most of her accomplishments throughout her young career thus far.

“I think she has definitely taught me to not be so hard on myself since I’m so critical of myself,” junior Wallace said. “[She also taught me] not to listen to the negativity.”

Brown isn’t the only one teaching her teammates on and off the field. From an outside perspective, Wallace has seen significant improvement in her captain since she first became Brown’s teammate.

“Her knowledge of the game has definitely improved, as well as her technical skills and speed,” Wallace said. “I also think she has become more of a leader.”

The Royals are one of the best teams in the country, and they hope to continue their success headed into sectional play in October, with Brown at the helm. Story by Evan Miller.