Persevering  Through the Pain
Waking up one morning during middle school, Freshman Gavin Johnston felt pain in his stomach. The pain was sharp and not something he had ever felt before. After arriving at the doctor’s office, he was told he had an appendicitis. Following his recovery, Johnston could not wait to get back out on the field.

Johnston has had a few setbacks throughout his baseball career when he was younger. Aside from the occasional bruises/scrapes, Johnston had his nose broken in second grade and an appendicitis in middle school. Johnston also stated to have a history of bad knees in his family.

“My brother… he’s had about three surgeries on his knees,” said Johnston “We kind of just have bad knees in our family.”

Johnston’s brother played baseball during his time in high school, graduating in 2018. He is currently playing baseball at the University of Toledo in Ohio. Johnston aspires to play baseball in college like his brother

“I’ve always wanted to be better than him when I’m older,” said Johnston. “My goal is to become a D1 player next to him.”

Johnston currently plays for the Indiana Nitro program and has been doing so for the past three years. This most recent season the team received a new coach, Matt Bowles. Bowles is aware of Johnston’s knee situation and helps him play around it.

“I’ve noticed his knee still bothers him,” said Bowles “being able to rotate properly has been his biggest challenge.”

In the upcoming spring season, Johnston will try out for HSE’s baseball team with hopes of furthering his career into college. 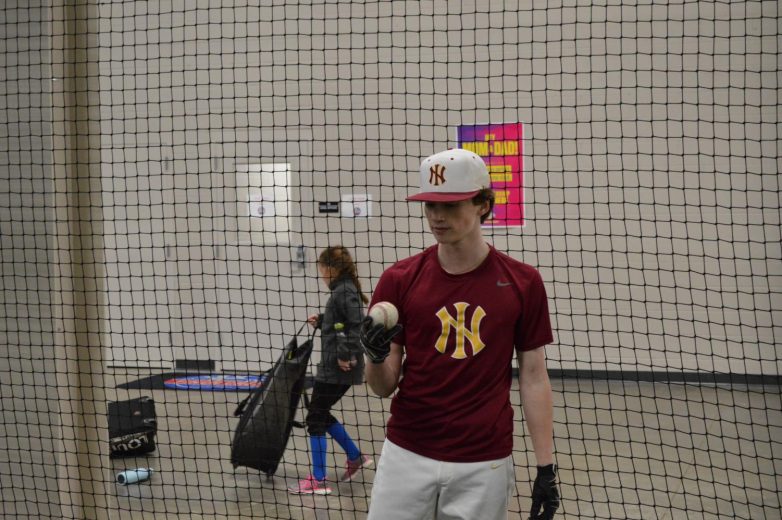