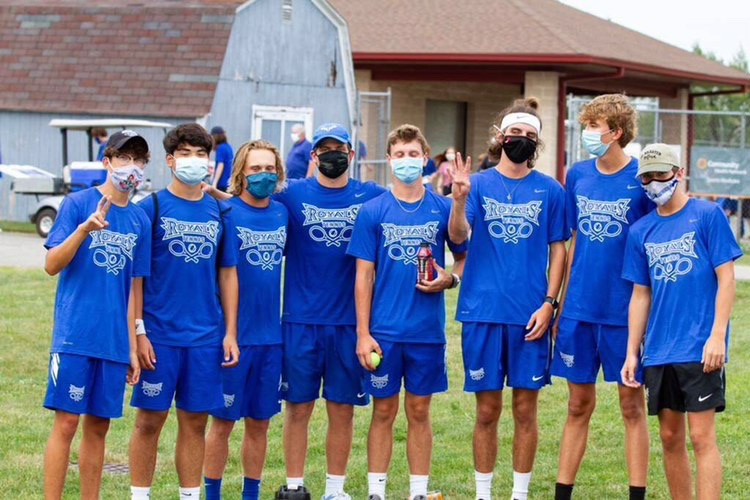 The ball is flying over the net as the two players work hard to keep it from bouncing out of their control. Senior Alex Fullhart knows this situation very well. He has been playing tennis since he was just eight years old.

Fullhart has improved his craft over the years and has been able to show that through his wins playing on the boys tennis team. Tennis has provided Fullhart with a place to get away from everyday school life, while still using teamwork and mental skillsets to play the game.

When Fullhart was eight, his grandpa introduced him to the big world of tennis. Ever since that slight nudge in the direction of the court, Fullhart has been hooked.

“I started playing when I was around eight years old, I think,” said Fullhart. “My grandpa is the person who introduced me to it since he used to play back then. And both of my brothers also played tennis for the school team and I kind of just wanted to be like them growing up.”

Most players have a pre-game ritual of sorts. Alex does not have one, but would definitely be interested in developing a ritual or two.

“As much as I want to have a pre-game ritual, I don’t have one,” said Fullhart. “Where like Lebron James have the chalk and throws it up. But, I would have one of what the football players have. Just like a giant helmet or something I could run out of before I play.”

While playing tennis, he has had the pleasure to work under head boys tennis coach, Kirk Webber. Webber has seen amazing improvement from Alex over the past few years, and he has loved watching him every step of the way.

“Alex has definitely improved greatly over the last few years,” said Webber. “He has grown into his body and uses his length to be aggressive at the net in doubles.  With his long wingspan, he is tough to get by up there when he’s at the net and also uses it to help him on his serves and overheads.  Just like most sports, having that additional height and length is very beneficial in tennis.  It has helped him improve his serving and volleying.”

As Fullhart finishes his senior year playing tennis, he has enjoyed everything the program has been able to offer him. He looks forward to coming back and visiting every chance he gets.