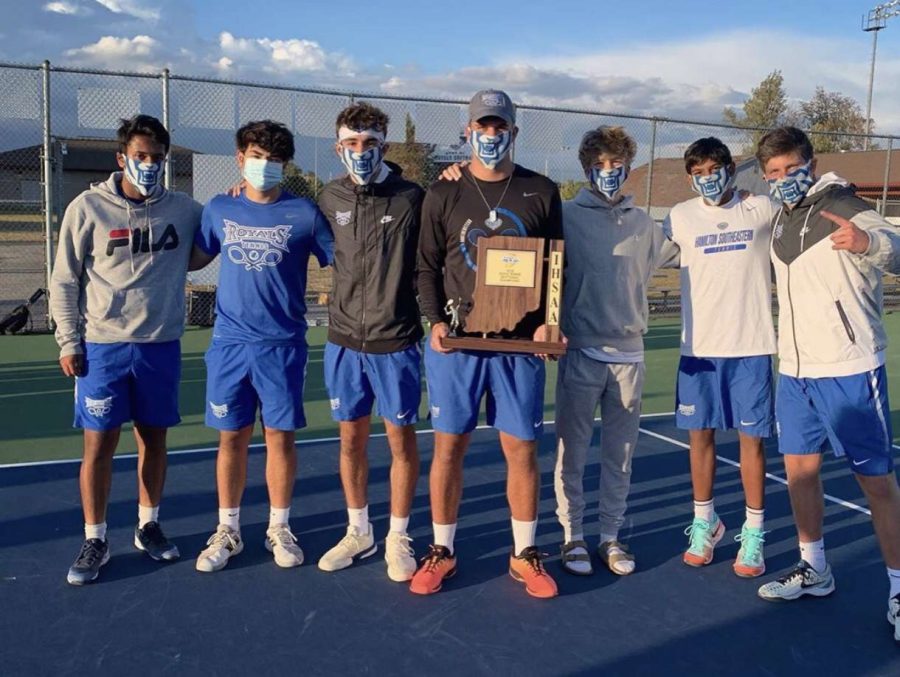 The boys tennis team had a great overall season. With a few disappointments ever now and then, the team held their heads and spirits high, even in the mix up of a global pandemic.

One achievement was the amazing win the team took with them at the Carroll invite. This invite has not been won by the team since they took it home back in 2016. An outstanding comeback after a four year drought. They also placed 2nd in the John Shirley Invitational which features the best teams in the state. This was the team’s best finish at this particular invitational.

Sectionals helped the team recoup from a loss in the mudsock game against Fishers High School during the later part of the season, according to Kirk Webber.

“The team defeated Fishers in sectionals,” said Webber. “They took a 4-1 win after losing to them 2-3 during the mudsock match.”

Alex Fullhart believes that the sectional win was the highlight of the season for the team.

“Sectionals against Fishers was the best,” said Fullhart. “It was the most satisfying because of the way we beat them after losing to them earlier in the season.”

The team defeated to other schools who made it to state this year, including Brownsburg and Homestead. HSE finished #9 in the state with a dual record of 13-5 and the only loses they took were to top five teams.

Defeated two teams who made it to state (Brownsburg & Homestead); Finished ranked #9 in the state; Dual record: 13-5 (only losses to Top 5 teams).

The #1 doubles team of Andrew Spirrison and Paul Schneider made it to the State Doubles Quarterfinals and made first team All-State and will be put up on the HSE High School wall of fame.

Congratulations to the team for a job well done, and here is to another awesome season coming up next year!