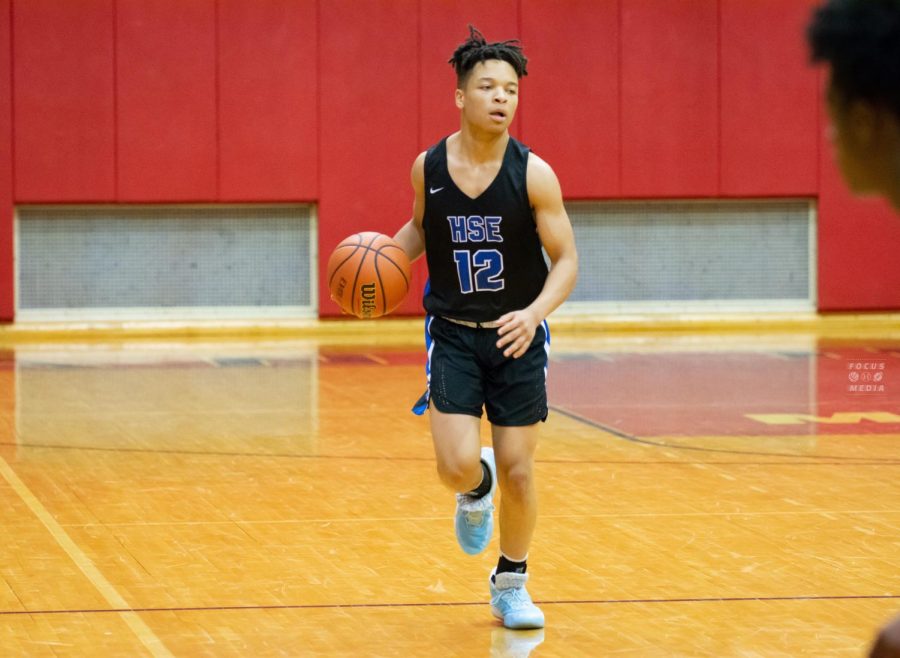 Junior, Josh Jones plays for the HSE boys basketball team. Since he was six years old, Jones has worked hard to get to where he is now. He started off by playing at the YMCA and his love for basketball grew.

Through the years, Jones’s biggest inspiration has been Landon James. “He has an incredible story of his path to greatness,” said Jones. “Also, how adversity gets you to places you couldn’t imagine.” Every day in practice, Jones pushes himself as well as his teammates. His devotion for competition influences his performance.

As a point guard, Jones brings admirable defense to the court. His energy motivates others to get in the game mindset. Jones’s favorite memory was when both of his teammates, Alex Troutman and Reph Stevenson, dunked on a fast break.

As he has grown in his skills and mindset, Jones keeps his mentality up by believing in himself and staying positive. “Work hard no matter who’s telling you can’t do anything,” Jones said. “You always need to believe in your abilities and in what you can do. If you do that, you will be limitless.”

Playing on the HSE team is more than playing basketball with friends. The team has become a family. They always have each other’s backs, and this makes the boys closer on and off the court.