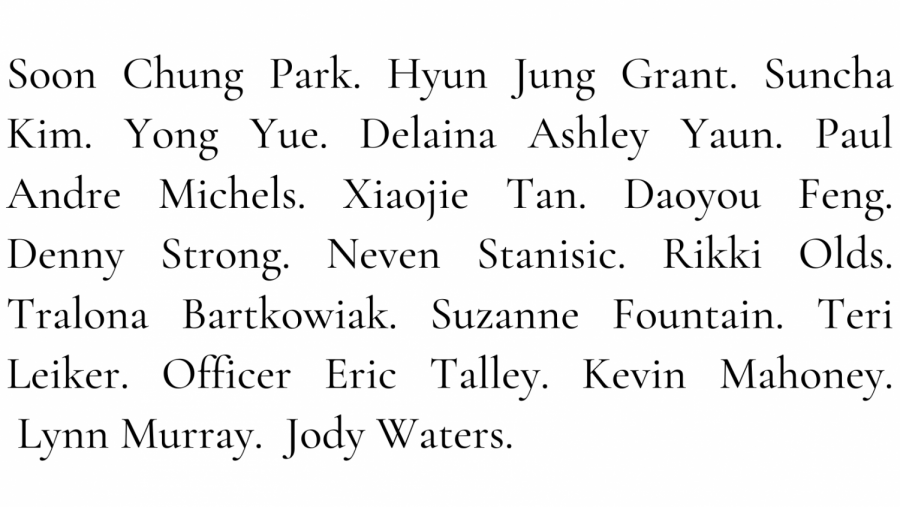 The names of the 8 Georgia victims and the 10 Colorado victims.

As we reach the end of the third month of 2021, Covid-19 vaccination rates are rising, and the world is opening up again. However, a return to normalcy comes with a price in the United States of America. As of March 24th, there have been 107 shootings in 83 days. Since the start of 2021, there have been 122 deaths due to gun violence and 378 injuries. Compared to recent years, the numbers are only increasing. At this point in the year 2020, there had only been 82 shootings and 106 deaths. Just this month, two deadly shootings rocked the nation in under a week. On March 16, a gunman in Georgia killed eight people, six of whom were Asian American women as a rise in racist attacks towards Asian Americans becomes more prevalent. Then on March 22, a gunman in Colorado killed ten people including a police officer.

In a statement on the 23rd, President Biden went on record to say he and the First Lady are “devastated” and then asked the Senate to pass bills that would close make background checks more extensive and close loopholes so that it is not as easy to obtain a firearm. He also once again called for the banning of assault rifles. The general response to his statement has been that it was “predictable,” “tired,” and “all too familiar.” Many news organizations and public figures are calling for new plans to fight against the return to gun violence before the nation returns to normal and the situation gets even more out of hand than it already is.