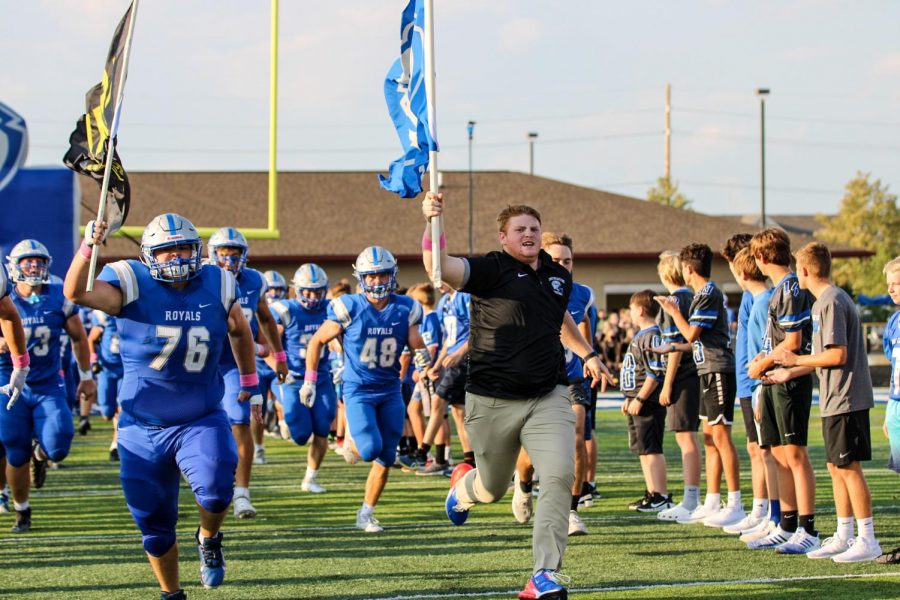 Like the old saying, the student has become the teacher. The once football athlete Caden Bird is now a football coach in his senior year.

Q: What made you become a football coach?

A:  I became a football coach for the Royals after I had heart surgery in April of last year for something called SVT I still have problems after the surgery as they didn’t get all of it fixed so playing football was tuff but I just love the game and the team so I decided to help coach.

A: I help coach the Offensive Line for the royals and I coach the JV team

Q: What are the advantages of being a coach?

A: The advantages of being a coach is being able to understand what people mean, more with being a coach is you have to know your stuff so it drives you to watch more film on your team and watching film of the other teams during that week.

Q: Which game has been your favorite to coach at so far?

A: My favorite I would say so far was the Avon game because right before I had a tough time actually realizing that I would never be out there on the field again actually playing but after having the teammates and the coach’s know what I go through they felt my pain and I feel like we got even closer as a group in the Front line.

Q: What are you looking forward to most this season?

A: I am looking forward the most this season is playing with a little bit of nastiness on the O-Line watch when you’re out there you’ll see some O-Line getting a pancake