It's the most wonderful time of the year (for me)

Howdy! I am back for Halloween and I actually have something new for you guys today! Rather than just looking at one game, I will be rapid-fire reviewing three different games for Halloween. I couldn’t decide between these three, so I decided this was the best way to get them their well-deserved exposure as well as put you in the mood for spookiest day of the year! All of these games have their own unique way of spooking, so make sure to read and try all three for yourself! Alright, enough blabbing, let’s get spooky! 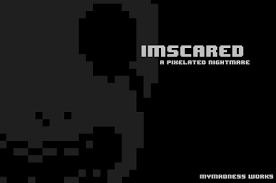 A quick blast from the past for the first entry here. IMSCARED is a small pixelated horror game from 2012 (but remastered in 2016), developed by Italian indie game developer Ivan Zanotti. The crude graphics and simple appearance may be quick to turn you off, but I encourage you to give the game a chance. It’s a simple horror adventure game that will give you more than you could expect from it, and it utilizes gameplay mechanics not often seen in other horror games. The way it interacts with its own files and turns that into part of the game is intriguing, and the atmosphere will keep you on the edge of your chair for the whole playthrough. It only takes about an hour to digest the whole game, and at the low cost of $4, it is absolutely worth your time and money. 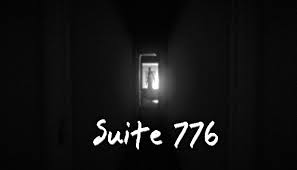 Suite 776 is another great example of indie horror that deserves way more attention than it gets. Developed by a Canadian college student, Stanislaw Truchowski, Suite 776 is an experience sure to give you more than just some cheap jumpscares. Truchowski does an amazing job of creating an quiet atmosphere that feels empty, and then quickly shocking the player with sudden noises or glimpses of the suite’s inhabitant. This is the first game I’ve talked about in a while that doesn’t feature pixelated graphics, and Stan’s prowess in 3D modeling definitely brings the game to life. I suggest playing in a dark room with headphones on (the only proper way to enjoy horror entertainment), otherwise you might ruin the scares. The game only takes about an hour to play through and costs only $4 on Steam, so this is absolutely a better investment of time and money compared to your neighborhood’s cheap haunted house. 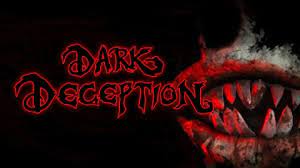 This game is a little more professional than my previous entries, but it definitely falls short of being called a AAA title. Created by indie studio Glowstick Entertainment, Dark Deception is a perfect mixture of chaotic gameplay and imposing atmosphere. The game boasts a Pac-Man style of gameplay, where the player moves around a maze collecting crystals to unlock the exit. Of course, you aren’t alone in the maze, as every level showcases a new type of enemy with a different mechanic. Picking up skills allows for further sophistication, and even more ways to escape the maze. Every level has a different aesthetic and enemy to match, so you’ll always be on the edge of your chair, trying to find out the new mechanic in play. The first chapter comes free on Steam, and if you want to delve further, the other four chapters can be purchased in a bundle for $20.

The title only works if I feature three games, but these two deserve a little bit of love as well. Spooky’s Jumpscare Mansion is a slow-burn horror adventure game that dares you to survive 1000 rooms, all while being hunted by the various test subjects that inhabit the mansion. Run or fight your way through the maze of a mansion, and learn the twisted secrets of GL Labs’ experiments. Or, if you’re looking for a more cooperative experience on Halloween, The Store is Closed is currently in development. The Store is Closed is a multiplayer horror survival game that locks you in an infinite IKEA, forcing you to use the surrounding environment to fend off the store’s employees. These misshapen humanoids called employees will politely inform that the store is in fact closed, and hunt you to not so politely get rid of you. The game is currently under development, all by one developer named Ziggy! You can look at some of the progress and works of the project, and support the developer on Patreon if you like what you see! 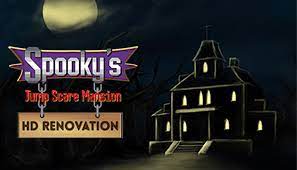 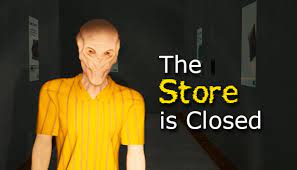 Alright, that’s all I have for you guys this Halloween. There are hundreds of indie horror games out there, so even if you haven’t found something here, you can always look on GameJolt for a proper spook. I will see you all next month with another (more thorough) indie game review, so until then, goodbye!