Wrestling Check In with Coach Brobst 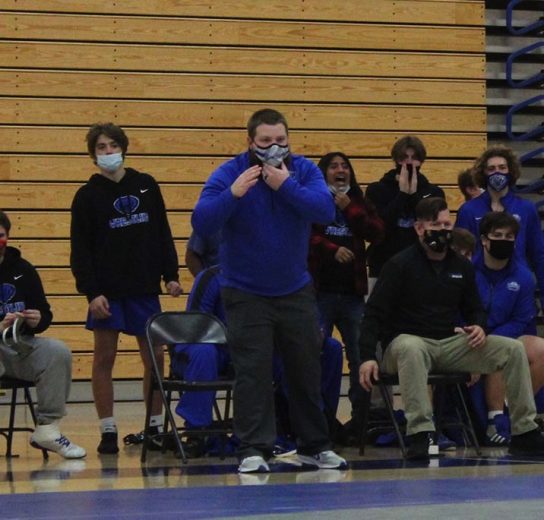 Wrestling has started and is already done with their first week of practice. Expectations are high this year for the wrestling team. Let’s see what Head Coach Brobst has to say.

Q: How did the first week of wrestling go in your opinion?

A: I think the first week was exceptional. Our athletes were working hard, learning our expectations, and working to exceed them.

Q: How much potential do you see in this year’s team?

A: This probably isn’t the most talented team we’ve ever had, but it’s close and they are one of the hardest working groups I’ve had the pleasure to coach. Because of this, the sky is the limit for them. We should be very competitive at all levels this year.

Q: What have you noticed about this year’s team that previous years haven’t shown?

A: This year’s team has a willingness to do stuff that isn’t always fun in order to get success later. Some past groups wanted the fun now and would sacrifice the success to get it. This group is good at delayed gratification and I think it will pay off come February.

Q: What are this season’s goals for wrestling?

Have fun
Wrestle at our standard of performance
If you want to put outcomes on it, we want to have an undefeated dual season, win Sectionals, Regionals, and Semi-State and put 6 guys through to state