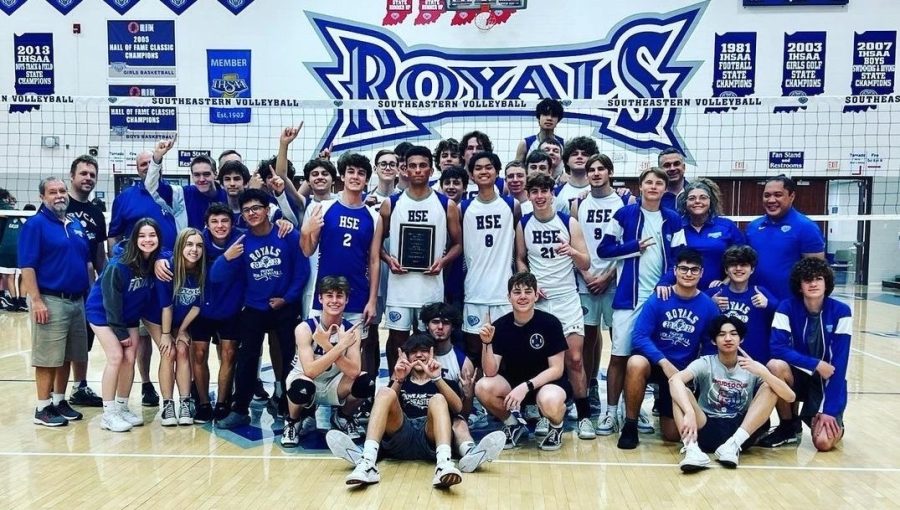 Recap
In the 2021-2022 season Hamilton Southeastern Royals went 28 and 5. Although they went 28 and 5 their conference record was outstanding at 7-0. The royals had major improvements this year with ten less losses in the season. The Royals are ranked #2 in the state and #88 nationally. We got their by beating multiple top 10 teams in the state. Another way we got their was beating Zionsville in regionals 3-0. One of our great achievements was beating Fishers 3-1. Also, the royals have some amazing star players including Caden Marchione, Ethan Carmona, Riley Leppert, and Jackson Campbell. Some players will not return next year because they are seniors. Those players are Ethan Carmona, Riley Leppert, Drew Berry, Jack Sexauer, and Noa Haneline. Although their are a lot of seniors, these upcoming seasons look promising due to the talents of our under classmen. The Hamilton Southeastern Royals are competing for state. Their will be a game on Friday against North central. If Hamilton Southeastern wins this game, they will play another game in the semifinals. Some other tough opponents Hamilton Southeastern have played were #1 Roncalli, #3 Fishers, #11 Cardinal Ritter and #4 Cathedral. In the 2021-2022 season they are 3 and 1 against #4 Cathedral. Hamilton Southeastern have a goal of winning state in the 2021-2022 season. Make sure to show out to support the Royals.